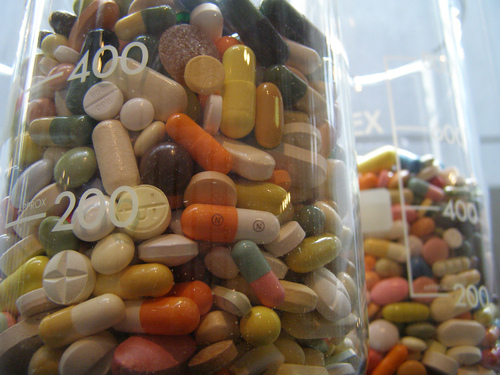 In recent Panoramix Foresights research a strong pattern threads across Brazil, China and South Africa. Consumers in these G20 countries share a growing passion for healthier lifestyles.  Everything from home health remedies to over-the-counter elixir fixers, working out at the gym, “diet” and “light” food products, supplements and vitamins are growth industries. This mounting health consciousness is due to graying consumers and a unique array of cultural and economic drivers in each country.

In Brazil two factors figure into the growth of health-related products: a) the growing consciousness about healthy lifestyles seeping down from the upper classes as a burgeoning economy helps thousands to move up the socioecon ladder and b) the aging of the population to whom maintaining body beauty is a cultural essential. (Brazil is a global leader in $ spent for cosmetic surgery). On the aging front 9.5 percent of the population is over 65 and projected to be a whopping 22.7 percent by 2050. Consumers seeking to boost their vim and vigor fuel the growing vitamin and supplement sales and growth in the number of retailers as well—as of December, 2009, there were over 79,000 pharmacies in Brazil compared with under 55,000 in 2003. People are also buying online now. “Medicine, health and beauty” is the second most popular category of internet commerce in Brazil, losing out only to “books, newspapers and magazines,” according to a March 2010 study from E-bit.

Despite a government initiative to reform the healthcare safety net, the Chinese population is still largely responsible for its own health coverage. That helps fuel a proactive approach to health management. For every age and every malady, there is a health supplement in China. Supermarket and drugstore shelves are packed with shiny boxes and bottles, potions and lotions promising to protect and restore health and vitality.

While the younger generations of single-child families with their newfound-wealth drive many consumer trends in China, health is one sector where older folks are leading the charge. Their health and vitality are of utmost concern — particularly in the Confucian construction, where older people are supposed to be the top priority in family decisions. Nearly 12 percent of China’s population is over age 60, but the country is aging and the older generation is growing rapidly, with 11.8 percent of the population expected to be 65 or older by 2020.

Young adults and mid-lifers in South Africa’s emerging black middle class are turning to alternative health products, encouraged by the reasonable cost, and by their trust in natural remedies due to their familiarity with African traditional medicines in rural life. “From the black population’s point of view, that’s what has been used until urbanization and the introduction of doctors and clinics,” says Thokozani Mthiyane, 40, a Johannesburg artist who takes ginseng. “People still believe that certain things must be cured naturally.”

Between 2003 and 2007, South Africa’s black middle class doubled in size to over 3 million adults. The emerging black middle class, commonly called “black diamonds,” are urban professionals who in many cases have benefited from black economic empowerment and affirmative action legislation. About half of them work in the public sector. Aging “black diamonds” —in their 50s and 60s are developing a greater awareness of healthy living in response to lifestyle illnesses such as obesity and heart disease that have accompanied growing wealth and urbanization.

Panoramix View: Aging and emerging aspirations for a healthier lifestyle are reinvigorating consumer spending and opening vast opportunities for any and all health positioned products and services.  That means food and bev, travel, healthcare, entertainment, fashion, retail, pharma and you-name-it should ride this wave!

And, before getting giddy on exploring this hunger for all things healthy don’t forget to anticipate the roadblocks and detours consumers and brands face in each country. Here’s one great example from Brazil: while health remedies are all the rage, an obstacle has arisen to selling non-prescription pharmaceutical products—a new 2009 regulation requires pharmacies to keep virtually all medication behind the counter, forcing customers to seek the advice of a pharmacist even to purchase aspirin. The regulation is being contested in the courts, but gives pharmacy workers far greater power over recommending brands.