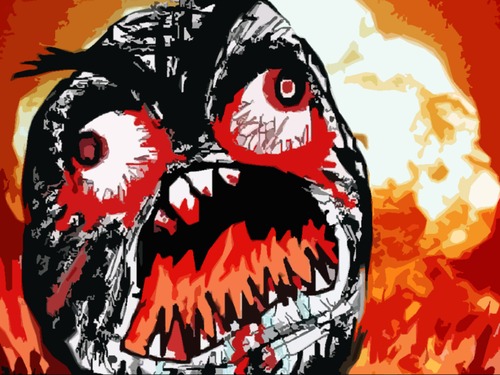 It’s like shaking a can of soda. An injustice here, a scandal there, add another shake of some mismanagement and then another of some corruption and pretty soon you have a real eruption. The social and political pressure has been building and passions are running red hot, on all sides, over almost everything and it’s boiling over in protests, insults, threats, even vandalism.  Some people are wondering if we’ve all gone crazy and others feel like they’re finally being heard. Either way, it seems as if there are some pretty deep-seated issues coming to the surface. It makes you wonder, what are the protesters really protesting? One example is captured in the section below from the Huffington Post, reporting on protests to the passage of the health care bill:

But [House Majority Whip, James] Clyburn was downright incredulous, saying he had not witnessed such treatment since he was leading civil rights protests in South Carolina in the 1960s.

“It was absolutely shocking to me,” Clyburn said, in response to a question from the Huffington Post. “Last Monday, this past Monday, I stayed home to meet on the campus of Claflin University where fifty years ago as of last Monday… I led the first demonstrations in South Carolina, the sit ins… And quite frankly I heard some things today I have not heard since that day. I heard people saying things that I have not heard since March 15, 1960 when I was marching to try and get off the back of the bus.”

Panoramix view: No matter your vantage point we’ve all seen some pretty strong stuff and it’s likely been building over a long time. Situations this volatile don’t have isolated roots and will continue to grow if left unresolved. Politicians and marketers need to get to the heart of the problem if possible, or at least be aware, it’s a strong signal of deeply held values driving people to extremes and could bleed into equally strong consumption—buycott/boycott—patterns