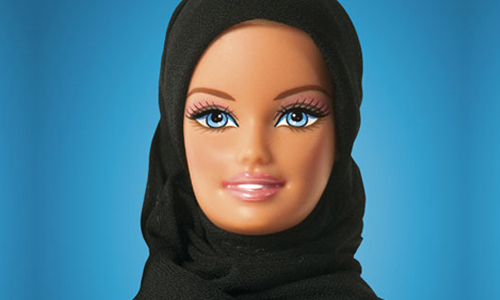 There are close to one in four Muslims in the world according to the report last fall from Pew Forum on Religion and Public Life: Mapping the Global Muslim Population. That’s 1.57 billion people or 23% of the global population and surprisingly, the concentration of Muslims is heavier in Asia and Indonesia than in the Middle East.

While this is a considerable finding for political strategists and policymakers the numbers alone are a huge consideration for marketers. A recent LA Times article profiled the roadblocks many marketers are facing as they try to reach this important demographic group proving that ethnically specific efforts were most effective. But make no mistake, a mainstream Muslim consumer is emerging. Products and services are springing up everywhere and there are too many to name but to get a look at who the modern Muslim consumer is look at emel (pronounced M L) a lifestyle magazine, Muslim Girl Magazine, and (thanks to Gonzalo Perez at Motivo Insights for suggesting Muxlim) Muxlim, the world’s largest Muslim social network reaching 10 – 15 million viewers. And for a look at the future visit this interactive map at CNN where they cite the United Nations and the US Census Bureau calculations that “There are more than 780 million Muslims under 25 years old throughout the world, representing more than 11 percent of the total global population.”

Panoramix View: Muslims long to be recognized as contributing members of the communities in which they work, go to school, play and most importantly, where they shop. The local, domestic and global markets are gigantic untapped opportunities.