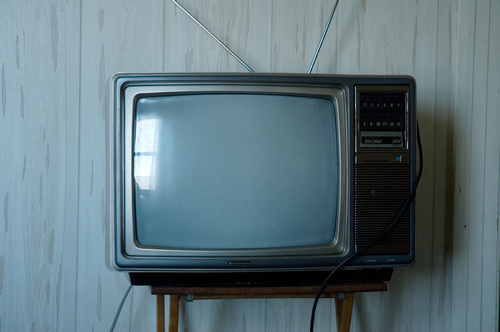 The death knell for television has become a favorite pile-on for almost anyone with a keyboard. Everyone loves to hate TV or at least proclaim it the icon of old, dying media. New research and observations are emerging to give us a different perspective on the boob tube. Here are a few entries:

In an intriguing report published by Foreign Policy, Development Economist, Charles Kenny claims that television still rules our world.  Kenny’s research shows that “By 2007, there was more than one television set for every four people on the planet. Another 150 million-plus households will be tuned in by 2013.” Kenny goes on to say that he believes TV can be a powerful force for change, influencing who we are by exposing us to new ideas. Kenny’s research shows that TV can create “a world more equal for women, healthier, better governed, more united in response to global tragedy and more likely to vote for local versions of American Idol than shoot at people.”

James Poniewozik of TIME magazine recently posed the argument that Twitter is saving TV, “Because as much as we like to watch, we like to talk.” “Twitter and Facebook — new media aren’t replacing TV but creating a new way to watch it.” “Facebook, Twitter et al., it turns out, are perfect for watching big events in a virtual living room of dozens — or thousands — of your closest fellow couch potatoes.”   time.com 3.22.10

Panoramix View: The tide is turning but old media is not going away. This painful metamorphosis is likely to last a little longer as the new and the old find their ground with each other.

And, consider the remarkable opportunity in the developing world and the growth of a global middle class. 150 million new households, with TVs, means a lot of advertising.