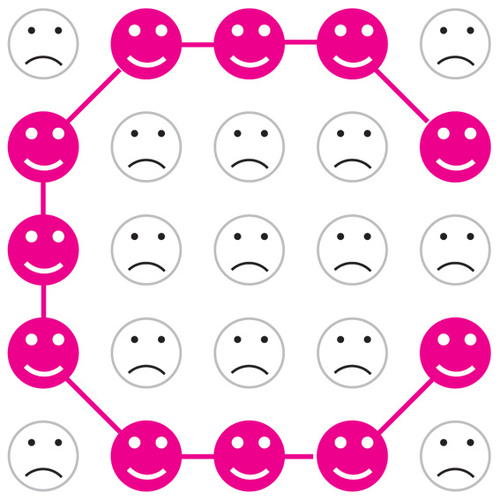 THE CONNECTED CONSUMER: HOW TV, MOBILE AND INTERNET ARE FUELING GLOBAL GROWTH

This is the fourth article in Panoramix Global’s exclusive series for Research magazine. Panoramix looks at how TV, mobile and the internet are fueling global growth and creating new consumer markets.

Think fast: When was the last time you left the house without a cell phone? How long have you gone without turning on the television set? Has a single day passed that you haven’t surfed the internet?

Information and communication technologies have fundamentally altered the very fabric of our existence. Reliance on tech integration isn’t just the new reality in first world countries – it is now a pervasive, ever-present world-flattener that has made geological borders irrelevant by establishing globalization as a commercial, industrial and political fact.

Technology has linked the world together like nothing else in history, leveling the playing field and connecting all four corners of the planet with information, entertainment, services and products. Technology can change the course of an industry, the nature of a community or the life of an individual. Smart marketers must follow the proliferation and shifts in connectivity in developed and developing markets to be prepared to make the most of ready-and-waiting consumers.

Mobile: the world at your fingertips
“There will be 5 billion mobile cellular subscriptions worldwide at the end of 2010,” says the International Telecommunication Union (ITU), a United Nations agency for information and communication technology issues.

The mobile device is the tech of the future – and the future is here. Mobile phones are letting consumers in developing countries leapfrog into the 21st century to solve essential problems and dive into unexplored markets. At the same time, portable handsets are granting users in mainstream markets ‘anytime anywhere’ connection to the world near and far.

How vital is mobile in the third world? A recent Global Post article reported that in India “more people have access to mobile phones than to toilets”, meaning that the very definition of what is considered a basic life necessity is shifting for some consumers. (Not to mention that as a utility, connectivity is easier to come by than working plumbing in many places.)

Mobile phones have allowed remote villagers advancements such as locating markets for a catch of fish, staying in touch with customers while working in the field, and transferring money so as to avoid a long trip home. In 2007 the telecom giant Safaricom created M-Pesa, a mobile money-transfer business that uses airtime cards to simplify the process for their 10m customers in Kenya. By offering an easy-to-use and much needed service, M-Pesa reported approximately $250m in profits in 2009.

The portability of mobile devices has also translated to information dissemination for all, and can offer life and death assistance. In 2003 Joel Selanikio created EpiSurveyor, giving a boost to public health data collection. Using handheld devices health officials anywhere in the world can create surveys, collect data in the field from remote locations and retrieve vital information in moments of crisis.

EpiSurveyor is just one of the more than 200,000 mobile phone applications on the market. Apple’s iPhone slogan “There’s an app for that!” has become the de rigueur statement of the day. Apps move mobiles beyond facilitating person-to-person connection to allow companies and marketers to reach consumers wherever they are. Take Shopkick as an example: The app lets participating shops know when a user is in store so they can offer them rewards. No muss, no fuss.

Chris Andersen’s Wired magazine cover article ‘The Web Is Dead’ suggests that the growth of highly relevant, efficient apps is drawing internet traffic away from the traditional web. Mobile apps are a way of life for many. Smart marketers are watching the traffic flow. Elegant apps that entertain and solve problems are where companies are making money.

Internet: the information superhighway
“Developing countries access to broadband can be as low as 12% compared to 25% in mainstream markets. The goal is 50% worldwide by 2015” – ITU

Can you remember a time before instant messaging, Match.com, Twitter, RSS feeds, avatar shopping, distance learning, webinars, or Skype? As revolutionary as it was and ubiquitous as it has become, access to the internet and what it supplies continues to transform our lives.

But we are still a long way from universal access, and not just for developing nations – rural America still struggles with dial-up internet or none at all. In terms of being part of the world, with an opportunity for economic growth, there is nothing more important than access to the internet, especially via broadband.

A report from the CES information agency shows that broadband has a significant impact on economic development. A 10 percentage-point increase in broadband penetration raises annual per-capita growth by 0.9-1.5 percentage points. This fundamental growth supplies the fuel for vital necessities and creature comforts and marketers need to pay attention to where internet access is blooming and what each community needs and will be interested in.

The current economic tigers Brazil, Russia, India, China and Indonesia are forecast to double their numbers of internet users to 1.2bn by 2015, according to Boston Consulting Group. As these countries will far out-pace the internet users of the US and Japan, marketers should highlight these locales in their strategic plans. This is a remarkable opportunity for industry of all kinds – news and information, entertainment, advertising, social networking and online retail.

In more restrictive societies, the internet has provided a virtual window to the outside world and a chance for more personal freedom. The Global Post again recently described how Saudi woman have moved from social isolation to engagement and interaction to exchange ideas, organise around causes, start businesses, and participate in online education. Companies should invest in access infrastructure or watch for the access ‘green light’ to capitalise on these tangible, hungry new markets.

Meanwhile in the US, service providers are locked in a race to deliver more reliable and ultra high-speed broadband. And it looks like Chattanooga Tennessee may beat all the big players with the recent announcement that by the end of the year the city will offer a service of one gigabit a second – 200 times faster than the average broadband speed in America. Service of this calibre is a game changer for businesses dealing in data-dense files and transmissions, and for consumers that expect results in a nanosecond. Information access is set to be the global currency of the next decade.

TV: not a boob tube anymore
“75% of all global households have a TV” – ITU

Everybody loves to hate TV – or at least declare it the dinosaur of the media industry. But the old dog has learned some new tricks, and television has become a commanding industry focal point of interactive entertainment and an unlikely source of cultural change.

Development economist Charles Kenny recently reported that by 2007 over 1.1bn households owned a television set – that’s more then one for every four people on the planet. Coming soon: another 150m-plus households will purchase TVs by 2013. Kenny concludes TV ownership can be a powerful force for change, influencing who we are by exposing us to new ideas that aren’t home grown.

A 2008 report from Gallup adds an interesting point to the role of television in our lives. Gallup’s research shows that in most emerging and developing countries, those homes with televisions have a higher level of wellbeing than those that don’t. The study takes in to account the effect of wealth, income, access to electricity and water, and still those that own televisions feel better about their lives. So maybe we should feel good about watching too much TV?

Consumers will continue to be entertained via their laptops, iPad, and mobiles, but TV is poised to become the nerve center of connectivity in the home. No longer a passive experience, gathering around the TV will turn into a social occasion with growth of web-enabled sets like the Sony Bravia HX800 and the Google set-top box. Internet enabled TV sets (IETVs) are projected to reach 87.6m in sales by 2013 compared to 14.7m in 2010, reports market research firm iSuppli.

The living room has become the epicentre of communal game time. While the Wii got people off the couch, Microsoft’s Kinect is taking interactivity and gaming to an eye-popping new level. Available this November, the add-on for the Xbox 360 has a camera and software that creates a mirror image avatar and makes you the controller for live playtime with friends across the world.

Make no mistake, television programming, transmission and viewership is going through a painful – some would say exciting – metamorphosis, but it’s definitely not going away.