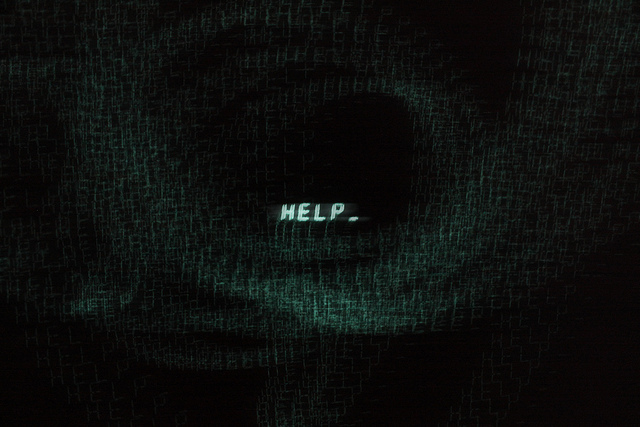 This Modern Love: Our Uneasy Relationship With Our Machines

Hear the swelling horns and strings of Richard Strauss’ iconic Sprach Zarathustra, and you probably don’t think of 1896 classical music. You think of a far later year, and an entirely different genre: 2001: A Space Odyssey. And you probably imagine the voice of Hal. Hal was the computer that could think and judge. When threatened with being disconnected, Hal even cut a spacewalking astronaut loose into the great beyond. That was an eerie idea, but when the film debuted, it seemed far-fetched.

That was then, this is now; and we’ve got 2001 very real reasons to be uneasy with technology. Maybe our devices are making us more anxious? Maybe it’s about time we should be worried about Hal?

Technology and the Quickening Pace of Life

People’s concerns about technology used to be fairly benign. We cared about how much time kids spent with videogames, the shallowness of needing to be first to score the latest device, or never being able to escape the buzzes that demanded our attention.

Plenty has been written about how technology and gadgets have picked up the pace of life. Our devices are constant reminders of how late we are or what needs to get done. For many, those social pressures have morphed into a sense of dread and anxiety. Technology’s role in our culture is now so tightly wound into everyday life that it can feel like a noose at times, for any of us. For the 40 million adults who suffer from anxiety disorders, technology can stoke those fears.

The Power of the Mob

Monica Lewinsky’s recent TED talk is a powerful example illustrating the power of social media and the culture’s ravenous appetite for gossip. She named herself Patient Zero for instantly losing a personal reputation on a global scale. Many of us have known personally or read about teens suffering cyberbullying, a sinister and often faceless technique for taking someone down, sometimes with tragic outcomes. As a solution, Lewinsky calls for more compassion and judgment in our media consumption.

Privacy and security worries once centered primarily about identity theft. Clicking on a phony phishing scam was bad enough. Now, the Internet Of Things has all of us and (soon) nearly everything connected. Our phones, wearables, and even thermostats are all linked and accessible to someone who wants in to our lives bad enough. If companies the size of Target, Anthem, and Sony — with resources to marshal serious protection — can get hacked, what does that mean for the rest of us?

As individuals, we’re sharing more and more about ourselves. Some data we give away by choice, but other info is clawed from us. Changes in what people share — like the inevitable adoption of electronic health records — will bring efficiency to more industries (including healthcare), but those changes also mean more vulnerability.

Walking and Talking (and Texting)

Technology has changed us. The change is deeper than the stupidity of walking and texting at the same time, or our fears that kids spend too much time with their machines and they don’t know how to relate in social situations. A piece by Josh Dzieza on The Verge points out how the BBC program Black Mirror shows how it’s not so much the technology itself that’s to blame for society’s ills. We, the humans who use it, are the ones who torture one another. Black Mirror’s stories are exaggerated situations, but resonate due to horrible truths about human nature and our underlying fears for our future.

Over the years, we’ve dreamt up plenty of fictional robots that threatened our way of life, from Star Trek’s Borg, to Arnold’s Terminator, to the animated-yet-villainous AUTO in WALL-E. Recently, a list of A.I. cognoscenti signed a letter warning the scientific community to tread carefully into this world. The collective message from noted scientists, including Stephen Hawking and Elon Musk, is a sobering note. It makes Hal look more like a cautionary tale rather than the movie we didn’t fully understand.

Taking Back Our Sanity

Life on its own terms can be overwhelming. Add in the complexity of technologies that have leaped ahead of our ability to fully evaluate their own ethical implications, and life becomes even tougher to manage. An optimistic perspective on this is that just like the surviving astronaut in 2001: A Space Odyssey, we can take control.

In a terrifically honest and funny interview on the Reply All podcast, Paul Ford bares his own anxiety issues and uses technology to create an app that helps him see his thinking for what it is and to turn the tables on his anxieties.

Forces that can combat this modern anxiety are popping up. Cyber-bullying tragedies inspired the technology-enabled It Gets Better project to support LGBT youth everywhere.

Facebook has introduced new suicide prevention tools to support users who see a post that is concerning and to let individuals know they are not alone and direct them to help.

For business, recognize the changing complex world in which your employees, customers, shareholders navigate. The right side of this transformation is to find a safe haven that’s consistent with your core brand values. The antidote for anxiety is community, honesty, and decency. Individuals’ privacy concerns are solved with clear and simple communication and easy opt-in/opt-out selection. Every business can watch for signs of stress in their own brand communities and open a dialogue with solutions and ideas to help give people back the control they need.

What happened to simple FOMO? Now, like it or not, missing out is almost impossible.