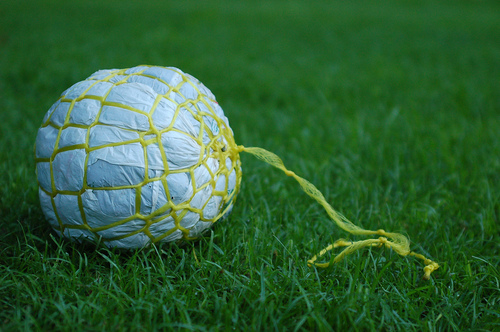 If you follow sports as even the most casual observer you have to know how big soccer has become and how significant the 2010 World Cup is going to be. FIFA (world football’s governing body, “dedicated to the game and the world”) refers to the World Cup as the “world’s most popular event.” And it’s easy to see why when you consider the massive audience that comes together around this every four-year event. “World football’s governing body claimed an audience of 26.3 billion for the 2006 event, broadcast in 214 countries and territories.” uk.reuters.co 4.20.09.

Just to put these numbers in perspective the Super Bowl registered about 106 million viewers, the Oscars approximately 40 million, and the Olympics’ coverage received 190 million viewers. Any way you slice it, soccer has become the world’s sport.

The 2010 World Cup, beginning in June, is being held in South Africa and what a coming out party this will be. The South African government and assorted investors have spent millions on infrastructure to host the event, for now a money-losing proposition but in hopes of a better chance to compete in the global economy. And of course the sponsorships, media deals, and product licensing have been flowing. In a country where many kids have never played with a real soccer ball, the Official Match Ball, the Jabulani from adidas at $149.95 is the stuff of dreams. The spotlight on South Africa is going to highlight its tremendous progress and potential but also the still very long road ahead.

Panoramix View: World football’s gigantic and rabid fan base is going to be glued to the action—in and away from home. Will the commercials become as celebrated as those for the Super Bowl?