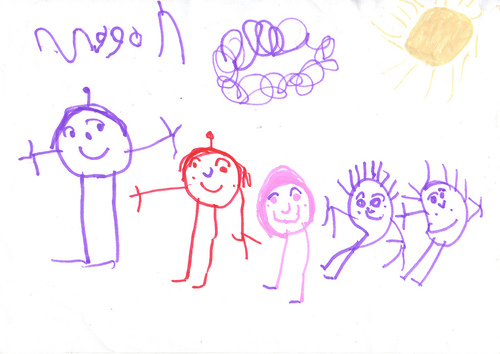 Pew Research reported in March that the U.S. has seen a return of the multi-generational household, citing “in 2008, an estimated 49 million Americans, or 16% of the total U.S. population, lived in a family household that contained at least two adult generations or a grandparent and at least one other generation. In 1980, this figure was just 28 million, or 12% of the population.” (3.18.10) This 33% increase over the last three decades is due to increased number of immigrants, rising age of first marriage, and the economic pressures of the recession and  has affected all ages of adults but primarily the old and the young.

At the same time cultures traditionally living in joint/extended families are experiencing an opposite shift in the family structure. In China the one child policy will have long lasting impact on the culture, not only the workforce, but on the family too, “…it has led to profound social changes, first and foremost to the extended family which as late as the mid- 80s could have up to four generations under the same roof. Now the nuclear (mother, father, child) family prevails instead.” Asia News 1.16.09

In India, “the opening of Indian markets and the booming economy have meant unparalleled mobility for India’s young. They have also meant that our old neighborhood is full of graying elders, many living alone at home, dependent on servants. Indians still live mostly in multigenerational families. But a country that is banking its rise on its youthful population (the median age is 25.3) often forgets that 81 million Indians are over 60 today. As Indians boast about a rising gross domestic product, many of its elders are feeling left out of the picture. SFGate 2.21.10

Panoramix View: Whether adapting to a new multi-generational or nuclear family structure the transition for many families can be stressful—learning to live together or apart. Families are fluxing in synch with the social and economic waves washing over the planet and they need support–services and products–that help families stay whole no matter the configuration.