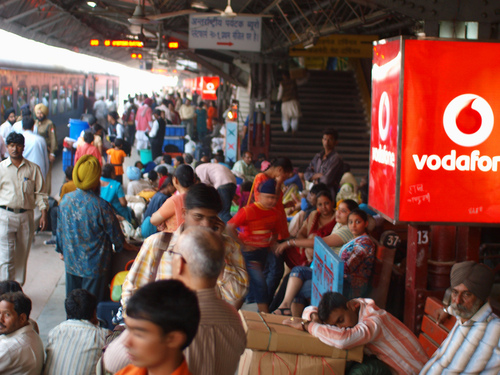 The planet’s already swelling cities have hit an historic and critical measurement.  The UN has confirmed that half the world’s 6.9 billion people now live in urban areas—that’s 3.5 billion– and 90% of that growth is in the developing world. And get ready for continued boom, the World Bank estimates that 2 billion new urban residents will be added to cities in the next 20 years particularly in Africa and India and China. That’s a lot of Urbanaires.

The World Bank’s New Urban and Local Government Strategy is a proactive and positive approach to planning and supporting sustainable vital cities. Zoubida Allaoua, Director of the Finance, Economics and Urban Development Department characterizes the program as a paradigm shift, thinking of urbanization as a positive change. If managed properly, Allaoua says that urbanization can create jobs, drive growth and reduce poverty.

Panoramix View: National and local governments will need to think more strategically about the shift in progress. And if business and industry put their most innovative minds to the task, they will be part of an incredible opportunity for new markets.