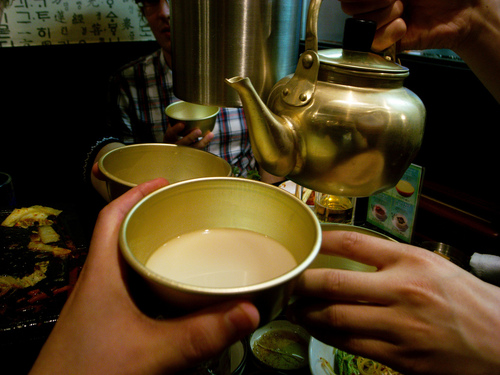 For foodies to the merely curious, globalization has allowed us to indulge in just about every conceivable specialty, delicacy, and rarity the food world has to offer. And globalization is also often to blame when it comes to the sameness and franchising of just about everything. Authentic products are also getting lost in an alphabet soup of protections – USDA, point of origin, country of origin, Europe’s new PDO (Protected Designation of Origin), PGI (Protected Geographic Indication), and TSG (Traditional Specialty Guaranteed)—and the alliteration of uniqueness signifiers—single origin, single barrel, single varietal, locally grown, etc.

Maybe it’s time to standardize the labeling mess and push the appellation designation to the forefront of the gustatory world again and give it substance and teeth for all categories of agri/food/spirits/wines.  Appellation d’origine contrôlée (AOC) is the original label, dating back centuries. It indicates an agricultural product from a specific region produced according to specific standards. It gave producers control and protection and helped preserve and promote a nation’s (or region’s) culinary and historical heritage. The U.S already has Florida Oranges and Idaho Potatoes. Germany has beer and Scotland has scotch whiskey. Why not make it official?

A few are taking it into their own hands. My favorite is The Gloucester Lobster Roll Appellation Controlee. The official nature of this designation is vague but from the details of the recipe they deserve it.

Koreans are considering an appellation for the once forgotten, now trendy Makgeolli, but fast moving sales may get in the way. Makgeolli, the traditional liquor of Korea, is experiencing a renaissance of sorts and producers are hoping to secure an appellation like designation for this rice beer. In the tradition of the French wine makers, many are trying to restrict the sourcing of the rice to Korea and require strict production guidelines in order to call the product a true makgeolli.

Panoramix View: Globalization is blurring more than geographic boundaries. Preserving the history, tradition, and local ingredients of an authentic cultural or agricultural product can help retain and promote a cultural identity