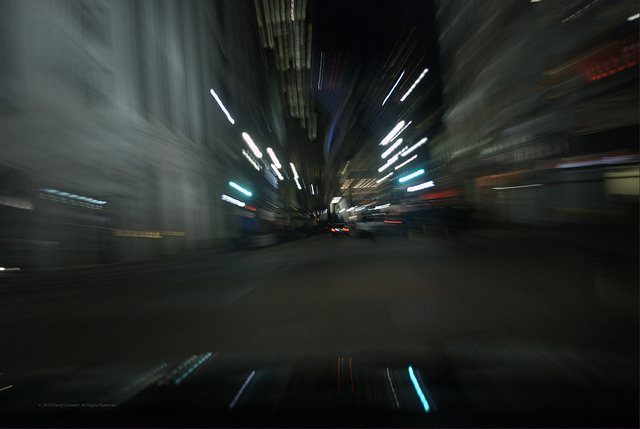 Watch, for a minute, the world whirling about you, moving past you, changing because of you. Our lives are in a constant flux of people and events that shift and change our every hour and every day, shaping our outlook with each moment.

Our culture doesn’t ever rest. Instead, we live in a constantly calibrating and recalibrating ecosystem, even when surface impressions make it seem otherwise.  Every day we live with and adapt to the incredibly complex social, cultural, environmental, political, and economic systems around us, and they adapt to us.

How then, can market researchers and wannabe innovators expect to capture who we are and why we do what we do with a single survey, a simple snapshot or any other sort of static lens

A report from Nielsen recently showed that companies spend an average of $15 million on marketing for each new product launch (with some companies exceeding $60 million in spending), and that new products generally have only a 10% chance of succeeding.

Booz & Company, meanwhile, reports that 66% of new products fail within two years. And Doblin Group says a startling 96% of all innovations fail to return their cost of capital (Fast Company, April 4, 2012). Any way you look at it, the new product failure rate is out of the acceptable range compared to other business success standards. Yet marketers continue to use the same tired approaches.

And our rhetoric doesn’t help. There’s plenty of talk about how we need more innovation — more Googles! more Twitters! — to energize the economy. That’s easier said than done. What if growth is simply slowing, as Robert Gordon asks in a National Bureau of Economic Research paper? Or if it needs to be re-engineered, as Erik Brynjolfsson claims? It’s useful to consider conflicting, yet viable points of view.

But ultimately, it doesn’t matter who’s right about innovation. The truth for wannabe entrepreneurs: Creating innovative products and leading successful startups is going to get even harder. And to succeed, we’re going to have to change our approach.

Fracturing the Foundation of Innovation

It wasn’t that long ago when the process of innovating was much more straightforward. Research was research. But as marketers have tried harder and harder to see the world in fresh ways and uncover deeper insights about their potential consumers, new ways of doing research came into vogue. Qualitative research got shinier. Trends got trendy. Less than a decade ago, social media appeared on the horizon as a new and “perfect” way to get inside people’s real lives, and figure out what they truly wanted. Soon after, the Big Data drumbeat scared everyone into thinking it was the only way to win the future.

Still, even with all this fresh thinking about how to measure consumers’ appetites, the innovation failure rate plagued marketers. And while new technologies and mountains of data are an important research element, and clearly here to stay, they offer only a single perspective on who consumers are.

So why is it with all these tools and smart folks out there, we still have abysmal, expensive failure rates when it comes to innovation?

Complexity: It’s Not All Bad

The world around us has changed, and despite plenty of action, the techniques and processes we use to gather research and perfect innovations haven’t managed to keep up.

Here’s why: The focus of so much research and innovation is still on simplifying. I think we should be focused on complexity. I believe that our culture is interrelated, complex, dynamic and global. Whether you are a big enterprise or a small company, you operate within a global marketplace that’s influenced by many factors — and you are influenced in ways that we’ve never seen before. No longer are we able to study a market from a single view and truly tell ourselves that we understand it.

Globalization, the increased availability of easily digestible information and the inherent interconnectedness of the modern world have added exponential layers of complexity to the consumer landscape, and they also pave the way for a revolution in how we do research.

Consider the last six years: Nowhere is there a better example of how interconnected we are and how fast our lives can change. The U.S. housing market sneezed and the world caught a life-changing, market-changing cold, infecting almost every aspect of consumer life. Credit got thin, jobs got tight, and consumers and business owners got scared. That sneeze still causes ripples.

But how can you prepare for the major cultural and economic shifts we know are coming in the future? How can you track rapid change in an interconnected world? I posit that we must view the culture from a perspective that acknowledges a networked system of connections, complexity and quick-changing scenarios. Systems thinking informs my theory because of its natural alignment to the physics of our culture. Systems thinking holds that any “system” or area of study is composed of interrelated parts that are all linked, moving and shaping the world around them, operating in a type of cooperation with one another.

Market research, though, — the basis for innovation — still looks mostly backwards, and still mostly tracks in a linear fashion. It’s still taking snapshots of a single aspect of a market or an ecosystem, and barely examines larger, emergent patterns.

To innovate, researchers can’t just isolate individual relationships and recommend minor modifications. And let’s be honest: That’s what too often happens right now. Instead, they need to understand how the broader systems around their product is functioning and influencing the consumer’s world, and figure out how to harness the way the swirling systems within those markets work.

So which needs fixing in order to improve innovation? The fast-moving, inherently interconnected reality? Or the research?

The answer is obvious. We need to start innovating with systems in mind. A systems view of behavior is the defining reality of our modern world. Here are three ways systems thinking can be applied to business problems:

The culture is made up of large and small destabilizing forces, creating a push and pull between the micro (consumer) and macro (cultural) forces.

Take traffic as an example: From a macro perspective, the economy, political decisions and the environment have wreaked havoc on our roads and bridges, and there are more cars on the streets than ever before.

On the micro side of this scenario, consumers take matters into their own hands, adopting new tools to overcome the problems put in front of them. Technologies like Waze use social networks to monitor traffic and get people to their destinations faster. The popular Uber app helps people hail (un)cabs and leave the car at home.

The result of our traffic snarls and transportation woes is that new industries are born and lifestyles are changed. To every action there’s a reaction. Macro events, and our reactions to them, become part of the dynamic nature of the culture. By watching for these movements, marketers can watch the road ahead for change.

Most systems (whether we’re talking about industries, economies or even company cultures) are stable for long periods until some event or something big breaks their “resilience” — the elastic breathableness of it — and a market shifts course.

The inherent elasticity of industries can make life tough for innovators because market research is constantly looking at single moments in time, and short-term thinking can stifle shifts that are big, but far off.

Cable TV is the perfect example of a big business that can’t change because it’s too entrenched. It’s too successful, and makes too much money (tough problems to have!). Until it’s forced to change. We thought on-demand TV was the greatest until it wasn’t. Netflix, now famously, blew that idea all up, letting us binge watch ourselves sick.

Studying a system’s elastic nature, or resilience, will point out weak points in the system that are susceptible to major future change.

The consumer world can look completely chaotic until you recognize the patterns and start seeing the networks. Any system will change shape as it adapts to stimuli or new information, and consumers self-organize around the people, places and things that best meet their values — their wants, needs and passions.

We had become a nation hooked on Crackberries until the iPhone gave us even more of what we wanted. Cupcakes were the darling of the confectionary world until a mashup like cronuts stole our attention. Rationally, we knew that technology had the potential to collect data and aggregate it in new ways but the NSA scandal now has people thinking twice.

While no single entity can control a system, by understanding the rules of a system, brands can better influence their own future.

Transitioning the innovation process from relying on insights to focusing on foresights is no simple task. Innovating today doesn’t mean flipping on a data tap and letting knowledge flow through your office via an armada of open spreadsheets. It’s more like fundamentally looking at the world in a different way.

This shift in thinking that’s necessary for true innovation requires the skill and experience to understand and analyze complex relationships, identify interconnected patterns and gauge the momentum of a system that’s in perpetual motion. It requires a multi-methodological approach to looking for sources of dissonance and areas of emergence and potential. Ultimately, an assessment of data that takes a strategic and systems-oriented view of major social forces, then translates them through a filter that’s aimed at understanding the minds of real, living people is the closest we can get to accurately reflecting — and taking advantage of — the culture’s chaos.