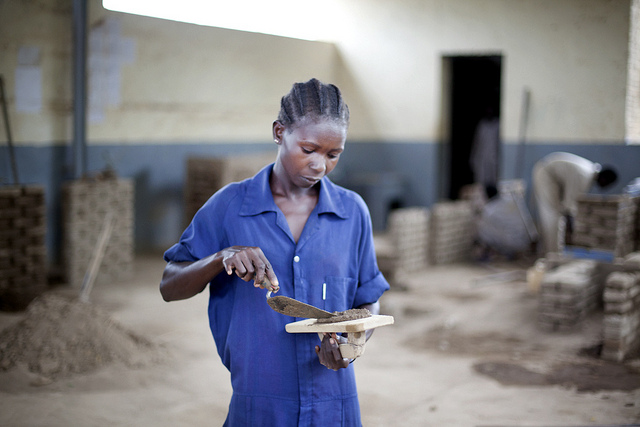 What if you could enlist your largest, most powerful target audience to help you solve your most critical problem? And what if that particular audience didn’t only number in the billions, but was also industrious, educated, family-oriented, entrepreneurial, trustworthy, civic-minded and committed?

Sounds intense already, right? Now what if your problem was the global economy, and what if you could unleash this group to help move the state of the economy forward, and out of crisis?

This army-in-plain-sight is women, of course, and it’s a rumbling powerhouse. Yet even as their participation in the culture and the workforce could help economies and countries grow, they are still too often taken for granted at best and denied fundamental rights and access to society at worst.

A Gap that’s Still Too Wide

Obviously, this is only a short list of the critical role that women play in our culture and economy. And it’s important to note, women have made great strides adding cracks to the glass ceiling. There’s lots of ‘leaning in’ happening. And yet, the gender gap is still far too wide. Women continue to face a host of barriers to full participation that could help fundamentally change the whole global economic equation.

The most startling, but most rational of all arguments for eliminating the gender gap?  A Macroeconomic Gains from Gender Equity report released by the IMF last September stated that “raising the female labor force participation rate (FLFPR) to country-specific male levels would, for instance, raise GDP in the United States by 5 percent, in Japan by 9 percent, in the United Arab Emirates by 12 percent, and in Egypt by 34 percent.”

Yet even here in the U.S., in 2012, women’s participation in the labor force accounted for 57.7% of the working age population of women, compared to a 70.2% participation rate for men. We’ve got a long way to go!