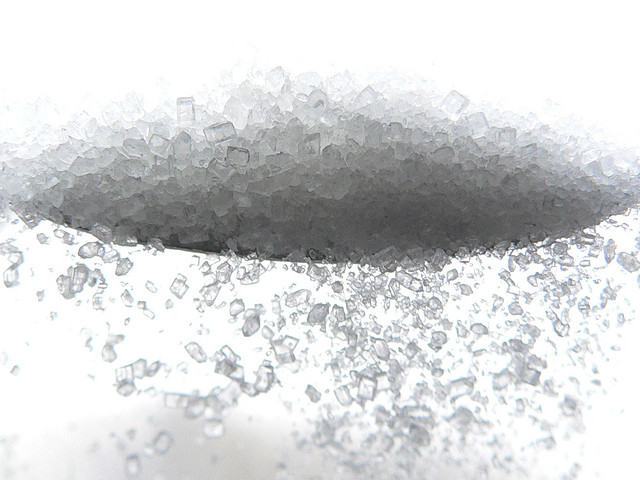 Sugar: A Love/Hate Relationship. Why We Can’t Ever Give Up The Sweet Stuff

Sugar is toxic. It’s poison. It’s bad. It’s “a drug.” Knock around the web for awhile and it becomes clear: There’s a buzz when it comes to sugar.

Pitchers of grape or punch-flavored drink mix, bright red and orange popsicles, frosting-coated cookies — they all add to fond childhood memories from what we think of as a simpler time. As Americans of recent generations grew up, we became accustomed to the convenience of packaged treats, eating them, and even serving them up to our kids. But then the world started changing. Environmental awareness went mainstream, rising obesity rate went global, and small-batch flavor became popular, generating an awareness of food products’ ingredients we never even thought about needing to think about.

Now, looking back, it almost seems like we’ve been lulled into an unhealthy habit that’s going to prove impossible to quit.

The War on Sugar

Dr. Robert Lustig is one of the world’s leading “anti-sugar guys,” and he’s leading the charge against sweetness. He’s gathered more and more believers as his 2009 video, Sugar: The Bitter Truth, has racked up nearly 5 million views.   “Sugar is not just an empty calorie, he says; its effect on us is much more insidious. It’s not about the calories. It has nothing to do with the calories. It’s a poison by itself.” Lustig further claims that sugar is the root cause of the obesity and diabetes epidemics.

Michael Moss, author of Salt, Sugar, Fat, claims that food manufacturers lean on three pillars of processed food — salt, sugar, and fat — without which there would be no processed food. These three attributes make food taste good, but they also actually mask the natural bad flavors that develop in the manufacturing process. This suggests that with many processed foods we won’t even know what the real food tastes like without these additives.

“USDA recommends that the average person on a 2,000-calorie daily diet include no more than 40 grams of added sugars. That’s about 10 teaspoons, or the amount of sugar in a 12-ounce soft drink. Our average intake is about 32 teaspoons of added sugar per day.” Sugar—including sucrose, corn sweeteners, honey, maple syrup, and molasses—is ubiquitous and often hidden. “In a sense, sugar is the number one food additive.”

When a company with Coca-Cola sized clout launches an initiative to combat “its fat problem” though— namely the negative press and a big drop in sales — you know there’s a change coming.

We’re going to take a systematic look at the hot topic of the day: SUGAR. We’ll seek to understand its place in Americans’ diet and our culture, examining the sweet stuff from angles societal, economic, environmental and even political. Then we’ll take a look at the history of the white crystals, understanding exactly HOW sugar got so engrained in our culture.

A quick take on what’s defining the future of sugar:

Society: Sugar is woven tightly into our modern consumer culture. Sugar means fun. It’s a cheap quick-hit indulgence that bonds families over birthdays and anniversaries, offers an energy boost over boring office afternoons and lends a sense of comfort when added to even the least sweet meals. Even in the most prosperous society, sugar-laden sweets and treats carry extra meaning: We care about you.

Environmentally: Sugar cane, sugar beets, and corn (for HFCS) all require water or are water intensive crops. Sugar cane and corn are also in demand as a source of biofuel. These crops impact regions with pollution, industrial waste, soil erosion, and habitat loss. The World Watch Institute quotes Michael Pollan, in The Omnivore’s Dilemma, who estimates that, in addition to the concerns above, between one-quarter and one-third gallons (about 1.0 to 1.25 liters) of oil are needed per bushel of corn to create the pesticides, fertilizers, and tractor gasoline, and to harvest, dry, and transport the corn.  Getting sugar to the table isn’t easy. Are we wrecking the planet to satisfy our cravings?

Economically: The cost of excess sugar consumption to our citizenry is high. “Diabetes type II is now affecting close to 370 million people worldwide, with one in ten U.S. adults affected by it. The costs to the global healthcare system are a staggering $470 billion, according to the most recent estimates from the International Diabetes Federation, and represent over 10 percent of all healthcare costs. In the USA alone, the healthcare costs tied to diabetes type II are estimated at $140 billion, compared to $90 billion for tobacco-related healthcare costs. Even more worrisome is that these numbers are growing at a rate of 4 percent a year, much faster than for obesity (1 to 2 percent).”

Sin taxes have been threatened previously, and former New York City Mayor Bloomberg tried to curb excess with the Big Gulp restrictions, but all attempts to change status quo have been shot down by lobbies. On July 30, however, Congresswoman Rosa Delauro (D-CT) introduced the Sugar-Sweetened Beverages Tax Act of 2014, that she’s calling The SWEET Act. This act “would amend the I.R.S. code and charge a penny per teaspoon of sugar, high-fructose corn syrup or other caloric sweeteners — to be paid by the manufacturer, producer or importer of such products. This change would mean roughly a dime per can of soda, closer to 20 cents for a 20-ounce bottle or most medium-size soft drinks.” With the current completion record in this Congress, it’s unlikely that the SWEET act with get noticed much less passed.

History: Hooked on a Feeling

Granted, we fell hard for the convenience foods of the 1960s. And when women entered the workforce en masse in the 70s, meals and snacks had to be easy. The economy was strong and marketers kept releasing more products. High-fructose corn syrup made snacks cheaper.  Then, when the low-fat food craze hit, manufacturers substituted sugar instead of fat, and consumers started getting more and more of the sweet stuff. Fat got slashed, but the calorie count on low-fat products went down by only 11%. Add to that the fact that people eat more of something when they think it’s low fat, and you get heavy-duty, sugar-enabled calorie consumption.

Another theory of why sugar so firmly took hold in our culture is that eaters adapt to higher and higher sugar levels in food, raising our tolerance for sweet tastes. We need more and more and more to find it appealing.

Was it just a slippery slope? Or have we been seduced into a habit we now can’t shake? Have we been completely duped by the industrial food machine? Has access to cheap food made us jeopardize our collective health?

On the Flip Side

Sugar is getting hit hard by health watchers when it comes to food, but it’s actually gaining status when it comes to biofuel and in the biobattery race. Percival Zhang and Zhiguang Zhu, researchers at Virginia Tech, are capturing the energy generated by sugar in the decomposition process — much like what takes place in our bodies — and translating it into batteries. They’re still a long way from making market-ready sugar batteries, but they’re encouraged by their progress and believe in sugar as a potential renewable resource.

The World Bank backs this up, reporting that internationally “sugarcane offers production alternatives to biofuels (sugar-based ethanol) and/or co-generation of electricity. Sugarcane is generally regarded as one of the most significant and efficient sources of biomass for biofuel production, and given expectations of rising oil prices, the considerable potential for expansions in production for biofuel feedstock has resulted in a heightened focus on sugar as an internationally traded commodity. Strong linkages between world sugar and oil prices have emerged in recent years.” Oil, the other habit we’re trying to kick, versus sugar has some tough tradeoffs. We’ll need technological innovations to make sugar a sustainable crop to feed this growing opportunity.

Healthy shift: Can substitutes stack up?

Although one sugar is basically the same as another in consumers’ eyes, there’s opportunity for alternative sweeteners to steal a little of consumers’ palates. As alternatives to sugar, they can easily be positioned as “better” or “healthier,” offering the same (or almost the same) sweet payoff, but with a (slightly) reduced health hit.

Still, nothing is clear yet. Substitutes come and go. Remember cyclamate in TAB? Or aspartame? Agave syrup was endorsed by both Dr. Oz and Andrew Weil, but they both recanted. It turns out that sugar is sugar, no matter what form it’s in. Substitutes are a niche market, but many consumers are searching for the perfect sub-ternative. While they look and look, though, nothing will replace table sugar and HFCS anytime soon.

For all the negative attention sugar gets, global consumption is up. And so is domestic consumption. The balance, though, is shifting. Per capita consumption in 2013 was a whopping 67.9 pounds, up 1.3 pounds from 2012.  Corn sweetener use continued with a 2013 decrease of 2.4 pounds, low levels not seen since 1984.

What’s the future of sugar?