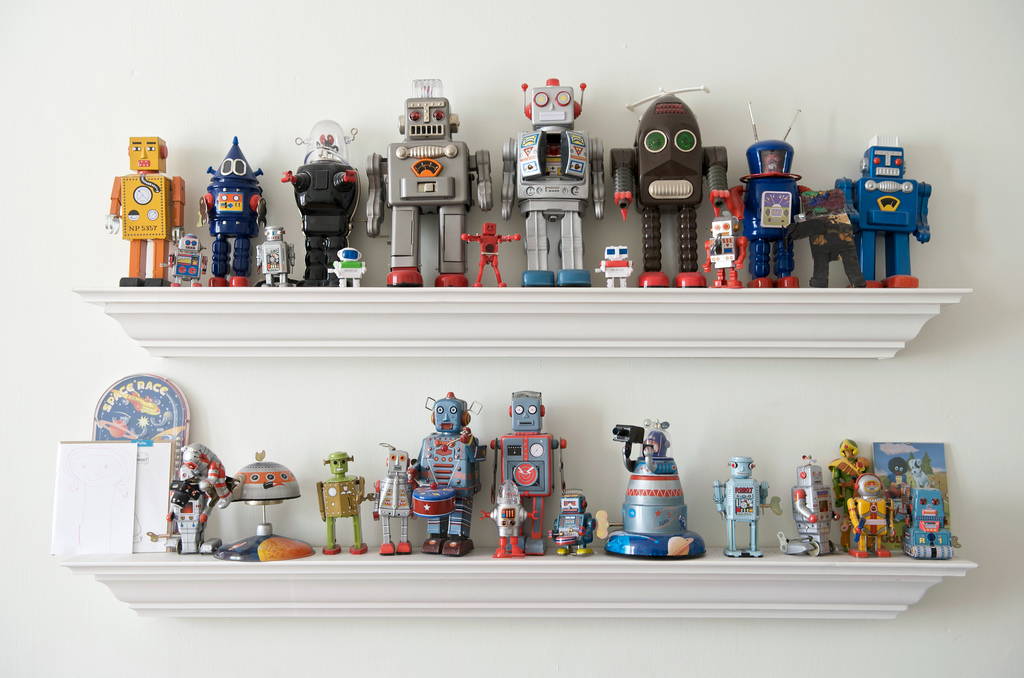 The Power Of Stuff: How Consumers Assign Meaning To What We Buy

We’re smack in the middle of a new aesthetic era; a time when everyday people’s creativity and resourcefulness are more and more informing the objects they surround themselves with. It’s not just the things themselves but how they came to be part of our lives.

We Are All Designers Now

This dawn of democratized design started as a tiny seed more than a decade ago and has now bloomed into full flower. Today, even mainstream consumers have developed a design vocabulary. Grandpa can talk millwork and minimalism. Aunt Sue knows the difference between xeriscaping and net energy zero. The shift that’s happening goes by many names: Designed Living, Design-Conscious Culture, The Democratization of Design, The Age of Aesthetics, and more. But we think these changes are part of something bigger than just a design revolution.

Our current age of mass aesthetics is marked not just by a bright new focus on form and a surge of Makers, but also by an increase in consumer mindfulness and empowerment. I think this new trend of consumer participation, consumer awareness and active corporate-consumer idea exchange is part of a shift in how (and how much) we find meaning in the stuff we surround ourselves with.

That shift is about more than simply picking Pantones and customizing options. Today’s consumers are finding more – and more interesting – ways to add meaning to the objects they acquire. The leading edge of consumers not only wants to contribute to a product’s aesthetics by picking colors and finishes; they’re also changing how manufacturers think about materials. We’re seeing these attitudinal changes not just in affluent pockets of design devotees, but across the culture, in areas ranging from gadgets to home products to cars, fashion, architecture, books, and advertising. It’s in most everything you can touch or see.

Let’s take a more structured look at how design itself came to be democratized, then examine how consumers think about the stuff they surround themselves with, and what it all means.

Before the industrial revolution, everybody made and grew their own stuff. You had little access to anything outside your immediate city or town. If you needed something made, you went to a local expert — the town shoemaker or the jeweler across the county.

As industry and technology created easier access to ready-made goods, making and growing your own fell away.

After WWII, the technology used to make war was translated for use in our modernized homes. We eliminated time-consuming chores with appliances and power tools, revolutionized entertainment with ubiquitous TVs, and browsed department stores stocked with what seemed like an endless array of products. We all wanted the same stuff. Industry and the beginnings of globalization continued to progress, generating access to products at lower and lower prices. Consumers got further away from the making of the stuff they used.

Retailers looking for a point of differentiation in the 1980s started building private label strategies, creating their own goods. By the 1990s manufacturers and retailers continued to innovate, taking us further up Maslow’s hierarchy, and pushing consumers up the that hierarchy by imbuing everyday objects with outstanding aesthetics. By doing so, they educated a mass audience of consumers on the principles of good design and planted the seed of product choices as means to shape identity and a way to assign value to all the things we surround ourselves with.

The Rise of Form

By the late 20th Century, we had access to whatever we wanted, so now what we needed was for all that stuff to look good. With our desire for function satisfied, we embraced form. Design came to the people as Michael Graves kitchen goods landed on Target shelves and Jony Ive’s Apple designs invaded Americans’ pockets.

One thing is especially important here: All these changes aren’t just historical notes. They shape the way marketers and consumers think about design today, and they set up the current era of mass-scale consumer participation in product design and creation, continuing to solidify and enhance the role of things for each of us.

Present: A Day in the Design Life

Consumers are now exposed to design pros every night on reality TV. We’re constantly reminded of our savvy friends’ refined sensibilities on Pinterest. We have the tools, the vocabulary and the aesthetic sense at our disposal, and we’re undertaking DIY projects of our own that require the ability to think through at least some aspects of design. With this education and access to what we want and need, what’s next? The opportunity to produce digital goods (called “content”) has already disrupted the entertainment and media industries. Putting the chance to fabricate into the hands of increasingly savvy makers who know what they want? That will change every industry.

This is where, call it The Meaning of Stuff, is about more than pure aesthetics. The idea that design comes from the inside out, and that good deeds are the seeds of good design, has become common. Consumers see causes from social activists, craftsmen and craftswomen on Etsy, heritage chickens, and heirloom tomatoes. And consumers don’t just care about provenance now; they want to influence provenance, too. They want to actively be involved in shaping what the stuff they surround themselves with means.

Over the past decade, consumers have dabbled and explored and researched, and along the way they’ve formed opinions and expectations. By now, consumers have personalized everything from their own M&Ms to the cars they drive with online configurators. As homeowners, they curate their living spaces as carefully as they do their wardrobes, putting furniture, colors, and artifacts together to build their own environment. (At this point, is there anyone who hasn’t assembled a MALM bed?)

This very act of putting your house together – whether with paint or an allen wrench – builds a stronger link to the object and to the whole. Knitting something, brewing your own beer or engineering a simple robot gets us closer to the thing – from the origin to the finished product – and helps us form an attachment to an object and a new understanding and appreciation for not only that object, but to all the products surrounding it, as well.

As Dan Ariely said, “Every time I assemble IKEA furniture, it takes me much longer, it’s much more effortful, it’s much more confusing … but when I finish it, I seem to like those IKEA pieces of furniture more than I like other ones.”

All these experiences bring us an awareness of what might go into being a designer, or an engineer, or even a beekeeper. For many amateurs, even that little flickering ember of aesthetic awareness has changed our relationship with objects and purchases and become a full flame of interest in design and materials.

As consumers thinking about what they buy and why they buy it continues to evolves, that also breeds appreciation for a product’s beginning, middle and end. Consumption habits have been and will continue to be examined and readjusted as our aesthetic needs are satisfied and we as a culture continue up Maslow’s hierarchy, reaching for real meaning and sustainability in the products and experiences we bring into our lives.

When we delve back into history, we see that consumers used to be satisfied with stuff that looked good. But the more we’re part of the process of making, the more we know what all goes into a design, the greater our expectations. Now, we’re more mindful. We want goods that are beautiful. And that work well. And that will last. And, since we’ve often put a little bit of ourselves into them, we sometimes even want them to be a force for good in the world.

Is that so much to ask of a can opener?